Ears: They're Smarter Than You Think 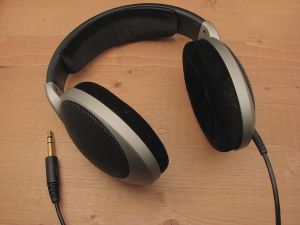 by Lisa Packer for Healthy Hearing

April 2, 2015 - As humans, we have a love-hate relationship with our ears. We love them when they allow us to hear beautiful sounds like opera music or birds singing. Not so much when we struggle with issues such as tinnitus, noise-induced hearing loss and presbycusis. Whatever your relationship with your ears is, the fact remains that the ear is one of the most complex organs in the human body and has some remarkable built-in defense mechanisms.

What happens when you are exposed to a sudden loud noise? Most of us put our hands over our ears automatically. What goes on inside the ear that is more notable. Using mice, researchers at Northwestern University's Feinberg School of Medicine discovered a built-in pain system the ear uses as a means of protection against loud, potentially damaging or painful noises. This connection between the inner ear and the brain serves as an important warning system against strong incoming noise.

The researchers discovered this special warning system even has its own pathway, termed the auditory nociception pathway. It is a unique and separate pathway from the one that carries information about sounds to the brain, and even contains a special kind of neuron. We all have nerves in our bodies that feel pain, like when you stub your toe or accidentally touch a hot pan. Those types of nerves are not present in the inner ear. But scientists discovered the inner ear has one specific type of neuron which is only activated by dangerously loud noise. These neurons create the “pain system” that triggers a reflexive stiffening of the muscles in the inner ear, allowing less of the harmful sound to be transmitted.

Could the discovery of this unique pathway possibly lead to new ways of treating hyperacusis (a heightened sensitivity to sounds) or tinnitus? Researchers think so. “We do not know how to treat these debilitating conditions and understanding what neuronal pathway might be involved is essential,” said Jaime García-Añoveros, associate professor in anesthesiology and co-author of the study. “If we find they are actually pain syndromes rather than hearing syndromes, perhaps they could be treated effectively with analgesic pain medication that acts on the brain.”

Though the discovery of the auditory nociception pathway is relatively recent, there is past precedent for the ears protecting themselves in other ways from potentially damaging sounds. Scientists already know of a reflex called the acoustic stapedius reflex, or ASR, in which the stapedius muscle contracts involuntarily within one-tenth of a second in response to noise. When noise reaches the ear, the chain of ossicles (tiny bones that connect the eardrum to the cochlea) become more rigid, causing less sound to be transmitted. Even the sound of your own voice triggers the ASR, which explains why crying infants don’t damage their own hearing.

The ASR serves another purpose as well, though. It causes a sound’s lower frequencies to be dampened, allowing higher frequencies to be heard more clearly. The end result is clearer, more precise hearing. It is so reliable that hearing and other medical professionals use abnormalities in the ASR to diagnose hearing as well as neurological conditions.

It is not foolproof, however. Age or the use of alcohol or barbiturates can dampen the ASR, which then reduces the ear’s ability to protect itself from harm. Just as nerves throughout the rest of your body send a warning signal when danger is imminent, ears need a warning system as well. A loud siren will cause an involuntary reaction within the ear, which signals a person to instinctively cover their ears with their hands.

Understanding the complexities of the ear’s “bodyguard” system and how it can be protected is more important now than ever before. Hearing loss is the most common degenerative condition in the world; in the US alone, 48 million people have hearing loss to some degree, 50 million experience tinnitus and 63 percent of those with tinnitus also experience hyperacusis. While there is currently no cure for tinnitus or hyperacusis, the study of the origin of the pain and discomfort that often accompanies them, as well as the body’s natural response to harsh noise, could be helpful in the future with respect to managing the symptoms.

While studies of the recently discovered auditory nociception pathway are ongoing, the hope is for far reaching medical implications. Ideally the information gained could benefit those with hearing loss and those who may be susceptible to hearing loss in the future, as well as those currently experiencing hyperacusis or tinnitus.

Read this article on HealthyHearing.com.